Victoria Pierre-Siplin was overwhelmingly re-elected in the 2018 August Primary Election as Commissioner of Orange County District 6. She made history as the first Haitian-American Elected Official in Central Florida in 2014 and served as Vice-Mayor in 2017.

Commissioner Siplin is living proof that “your past does not define your future.” She became an orphan at the age 3 due to the sudden death of her mother and abandonment by her father. By God’s grace and encouragement from her maternal grandmother, she did not succumb to her circumstances. She graduated with honors from Dillard High School and attended Indian River State College.

Her commitment to public service began when she won the coveted crown as Miss Dillard and later served as a Page in the Florida Senate. Commissioner Siplin’s motto: Progress Requires Collective Commitment characterizes her personal journey and approach to representing her constituents’ interests. She proudly mentors many youth, Chairs the National Haitian American Elected Officials Network, serves on key Orange County Advisory Boards, and is actively engaged with community organizations and businesses in her district.

Some of Commissioner Siplin’s notable accomplishments are: securing the approval of $250 thousand dollars of Orange County Small CRP funds to support small nonprofits in Orange County; implementing a series of youth education & career workshops like the TLC Mentoring Program; prompting improvements to the CODE RED emergency response protocol to include our County Head Start Facilities; and spearheading a billboard campaign, #TakeBackOurCommunity, to help bring justice to victims’ families by putting a face to gun violence.

In addition to her elected duties, Commissioner Siplin manages her family business, the Siplin Law P.A., in the Pine Hills community. She is a wife to The Honorable Gary Siplin (Florida State Legislature 2000-2012) and mother of Joshua and Jacob and to Gary Jr. and Angelika, by marriage. Commissioner Siplin is a member of the New Covenant Baptist Church of Orlando, and credits her success to God and her beloved grandmother. 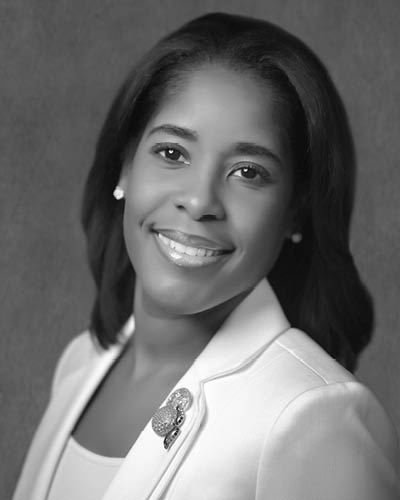