Buddy Dyer is the dean of Florida’s big-city mayors, having served Orlando’s residents since 2003. Under Orlando’s strong-mayor form of government, Mayor Dyer serves as the City’s chief executive and also helps govern and oversee the operations and growth of its city-owned utility and the Orlando International and Executive Airports. Under the law that created the Central Florida Expressway Authority, the Mayor of Orlando sits on its governing board.

During his time in office, Mayor Dyer has worked relentlessly to advance the community’s shared vision for Orlando as America’s 21st century city.

Mayor Dyer is leading the effort to diversify Central Florida’s economy and create a new breed of high-tech, high-wage careers for residents in cutting edge industries such as digital media, life sciences and biotechnology, modeling, simulation and training, and aviation and aerospace.

Mayor Dyer also engineered one of the most remarkable downtown resurgences anywhere in the country, anchored by the creation of world-class sports, arts and entertainment venues for the City’s residents and visitors. In October 2010, Orlando’s residents opened the Amway Center, referred to by many experts as the most advanced arena on the planet. Beyond a place where residents have access to world class sports and entertainment, the facility helped sustain businesses and create jobs in the midst of a nationwide recession.

While Orlando’s accomplishments under Mayor Dyer’s leadership fall under a broad range of categories, each has a common element; they were made possible because of the power of partnership.

Since his first day in office, Mayor Dyer has fought to increase cooperation and partnership between Central Florida’s many governments, its business and civic communities and its residents. The result of this effort is a new era of collaboration that has paved the way for a string of remarkable, game changing accomplishments for greater Orlando in a very short period of time and has set the City on course for a more prosperous future.

Prior to being Mayor, Buddy Dyer served for a decade in the Florida Senate. His colleagues elected him as their Democratic Senate Leader, a position he held for three years.

Before he chose to serve in public office, Mayor Dyer worked as an environmental engineer. He has also practiced law for more than 20 years. He often calls upon this dynamic professional background to serve the residents of Orlando. Where other elected leaders may only focus on the big picture or one specific area of expertise, Mayor Dyer has been able to create broad shared visions for projects and policies while also playing a key role in the technical, legislative or legal process that is necessary to make them a reality.

Mayor Dyer was born in Orlando and raised in nearby Kissimmee. He and his wife Karen, an attorney, have two sons, Trey and Drew. 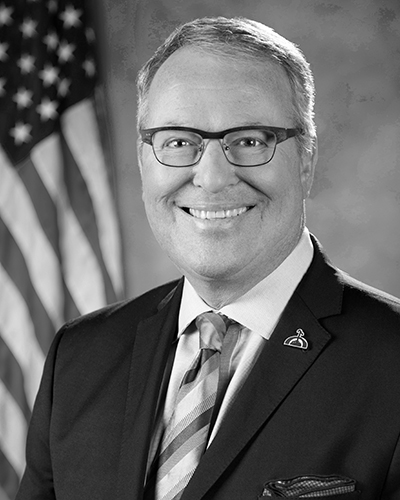