The approximately 15-mile proposed expressway would extend from Poinciana Parkway on the west to Canoe Creek Road on the east with an interchange at Florida’s Turnpike. Using the results of the previous Concept, Feasibility, and Mobility (CF&M) Study as a foundation, several alignments within the corridor will be developed and evaluated to identify a preferred alternative. All factors related to the location and design of the facility will be considered, including transportation needs, financial feasibility, social impacts, economic factors, environmental impacts, engineering analysis, and right-of-way requirements.

The goals of the Southport Connector Expressway are to provide a new limited-access facility from the greater Poinciana area to Florida’s Turnpike, thereby enhancing the mobility of the area’s growing population and economy. The expressway will also relieve congestion on local roads, promote regional connectivity, and provide connections between existing and future potential expressway systems within the study area. 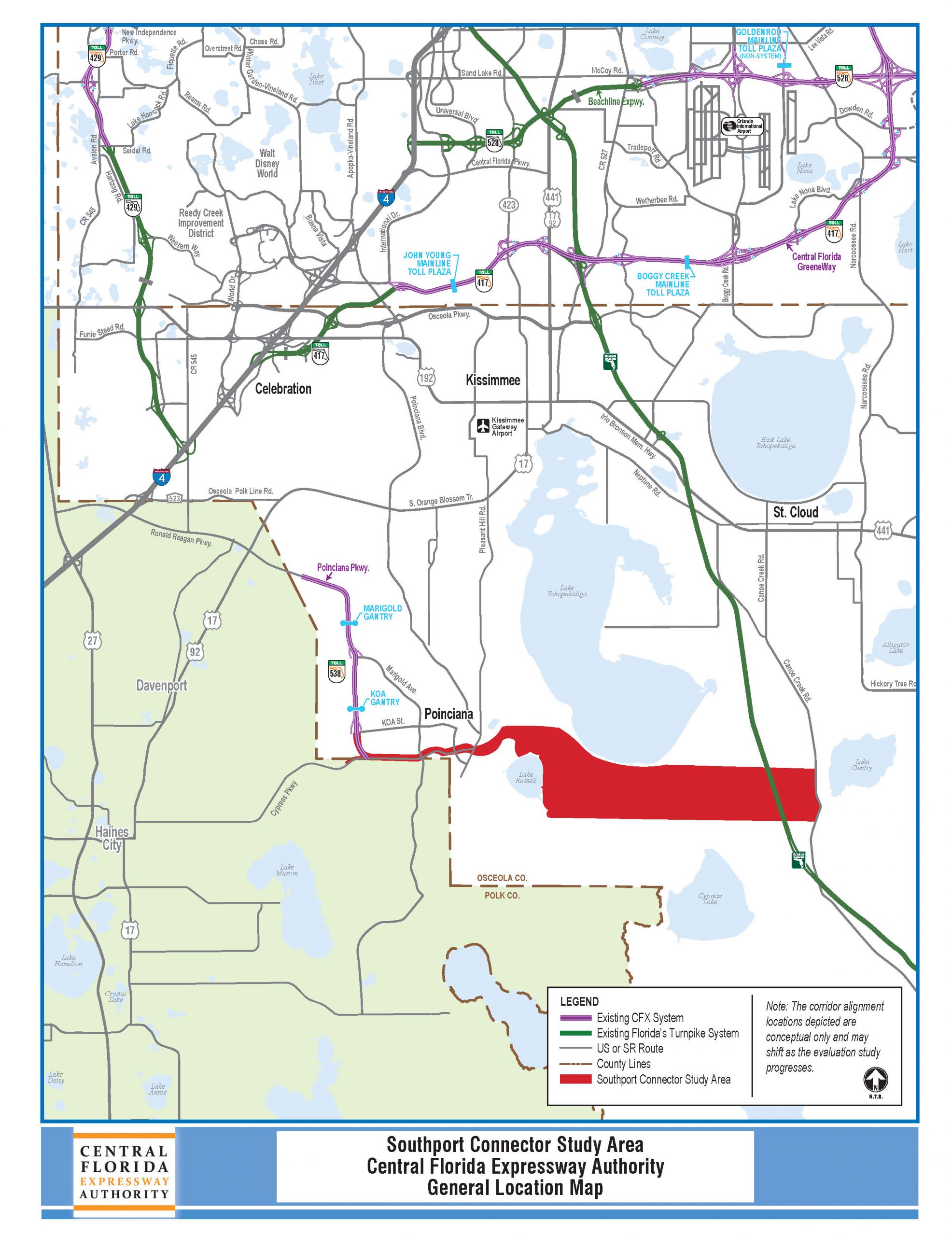 History of the Southport Connector Expressway

August 13, 2013: OCX Master Plan 2040 finalized, defining the county’s expressway needs and providing for a program of projects to implement the plan.

September 8, 2016: CFX Board approved an interlocal agreement with Osceola County and OCX to transfer the lead for developing the remainder of the OCX 2040 Master Plan to CFX. CFX incorporated the OCX master plan segments into the CFX master plan.

April 2017: CFX commenced four concept, feasibility, and mobility studies to determine if any of the corridors are viable and fundable in accordance with CFX policies and procedures.

September 2019: CFX Board indicated its intention to advertise for a consultant to lead the Southport Connector Expressway Project Development and Environment (PD&E) Study.

Public involvement and interagency coordination is an integral part of the PD&E study process.  Opportunities for public participation will be provided during the study including  a public workshop and a public hearing.

This is a Project Development and Environment (PD&E) study which is an initial phase of determining right-of-way acquisition. Property owners near a proposed transportation project often want to know an agency’s process for buying needed private property. Click here for the Central Florida Expressway Authority’s policy on right-of-way acquisition.

To submit a question or comment, please complete and submit the form below.