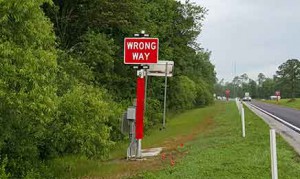 As part of our mission to ensure the safety of our customers, the Central Florida Expressway Authority (CFX) began work on its Wrong-Way Driving Prevention Program in 2012 in partnership with the University of Central Florida. The program was broken out into three phases.

Phase 1 – Completed in May 2013, extensive research was conducted to determine the extent of the wrong-way driving problem and examine potential solutions. It was determined that no technology currently in use adequately addresses wrong-way driving. Texas had the best approach available.

Phase 2 – Completed in January 2016, Phase 2 included the development of technology to help detect wrong-way drivers and take appropriate action. During this phase:

Currently, there are no alerts.

View All Alerts on Map