In April 2017, the Central Florida Expressway Authority (CFX) began conducting concept, feasibility and mobility studies on the unbuilt Osceola County Expressway Authority (OCX) Master Plan projects. The goal was to determine which, if any, meet CFX requirements for viability and funding. Public involvement and interagency coordination was an integral part of the assessment process, and multiple opportunities for participation were provided.

Each of these corridor studies involved community input with more than 1,300 people attending six public workshops, where they offered more than 630 comments. Part of the community input process included 10 Environmental and Project Advisory Group meetings and nearly 60 stakeholder meetings.

Following is a brief summary of the complete study, as well as section study exhibits, documents, and other information presented.

The study corridor of the proposed Southport Connector Expressway generally begins at the current southern terminus of the Poinciana Parkway at Cypress Parkway and extends eastward for approximately 13 miles to Florida’s Turnpike. The study corridor encompasses portions of both Osceola and Polk Counties. The goals of this proposed new limited-access facility include improving the roadway connection from the greater Poinciana area to Florida’s Turnpike, enhancing mobility of the area’s growing population and economy, relieving congestion on local roads, providing for the incorporation of transit options, and promoting regional connectivity. 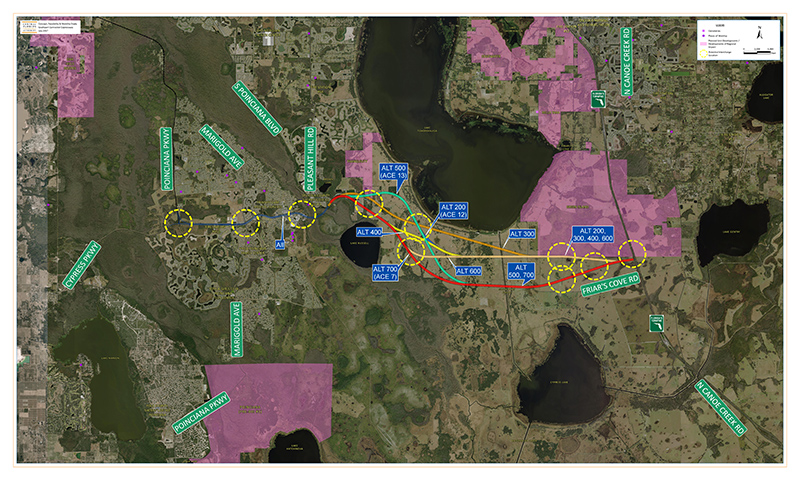